These are very frequently used, especially with amplifier envelopes. ampeg_attack is the standard “A” in the basic ADSR volume envelope. fileg_attack is key to 303-style basses.

In ARIA, the SFZ1 envelopes have linear attack (for pitcheg and fileg, probably linear in cents, which won’t translate into linear in Hertz). Decay and release stages have a curve which is faster than linear. Additional information based on testing by paulfd:

The decay stage is also multiplicative but the ramp does not seem to follow the same law with target=sustain, but rather something strange like where the actual envelope would be .

Here is a screenshot of a file output using Sforzando, showing the ampeg_envelope shape and its stages. 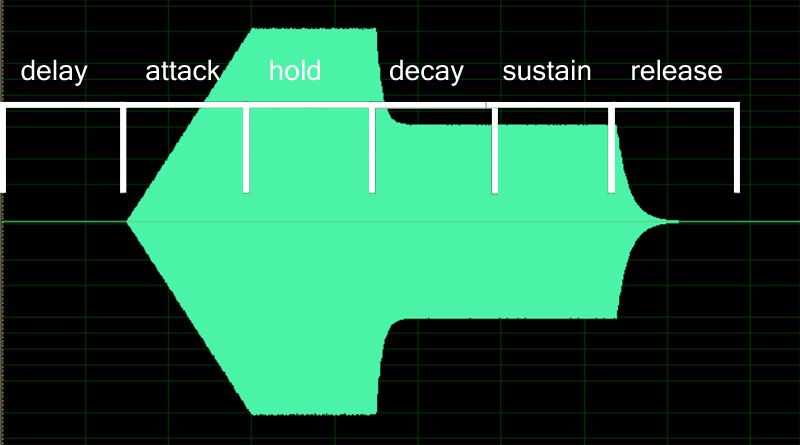